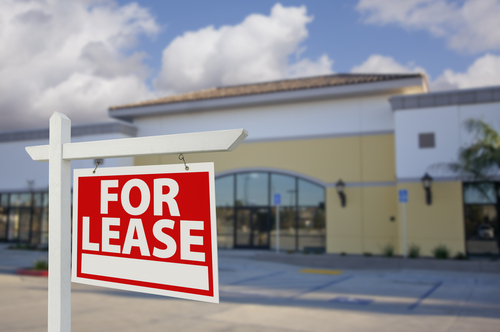 Attorney Brendan R. Riley won a victory for a commercial client this week, when the Circuit Appellate Court reversed a decision of the County Court, and sent an eviction and final judgment back to the lower court for retrial. The opinion can be found here.

When an auto mechanic approached Mr. Riley for help with an eviction, it seemed like a doubtful case. There was both a residential and a commercial lease involved, and time was running out to file an answer on the case. Mr. Riley reviewed the documents, and his firm spotted a possible weakness in the plaintiff's case.

Residential leases and commercial leases are governed by two separate sections of Chapter 83 of the Florida State Statutes, and although they are similar, the sections differ in one critical section. The residential section, 83.60(2), requires deposit of rent into the court registry before the hearing to determine rent. The commercial section, 83.232(1), does not.

The plaintiff requested relief based upon applying the residential chapter and section to both leases; and the lower court agreed. A Writ of Possession was issued on both properties.

Mr. Riley appealed the case based on this improper application of the statute. In an appeal, the district court of appeal (or any court sitting in an appellate capacity) can only review the court record, and the lower court judge's written order. In civil proceedings (unlike criminal where there is always at least an audible recording that can later be transcribed) transcripts are only made if the parties hire their own court reporter, so there was no transcript for the appellate court to review in this case.

The appellate court agreed with Mr. Riley's position that the lower court judge should not have accepted the plaintiff's argument applying section 83.60(2) to both the commercial and residential leases. The appellate court also agreed that because no order had been made determining the amount of rent due, when the Appellant had moved for a hearing, that this needed to be done as well.

The appellate court determined this was a harmful error. A harmful error is one which resulted in a miscarriage of justice and must be reversed. To correct this error, the default and final judgment for the commercial property, and the order issuing the Writ of Possession on the commercial property, were reversed, and that portion of the case remanded to the lower court for rehearing.

The appellate court considered the same facts for the residential property, and found the error to be harmless. This is an error which, although a misapplication of law, does not rise to the same level of harm to the defendant. Since the correct section of the Statutes were applied to the residential property, the appellate court did not feel there had been harmful error, and the judgment and Writ were allowed to stand.

Most cases never go to appeal. To determine if a case rises to the level of harmful error, an appellate court must presume the lower court's rulings are correct, and the burden is on the Appellant (the one who brings the appeal) to show how the ruling was incorrect and why it should be reversed.

It does not take a big law firm with fancy degrees and prestigious names to win appeals. Persistence, careful review, and knowledge of the law are what is needed to determine if an appeal is needed, and if it is, how it should be done.

Stewart & Riley has the persistence, the knowledge, and the review and research skills to take an appeal all the way.

If you may have a commercial or residential landlord tenant matter in which you need legal assistance or an appeal of some kind (provided you come to us timely so that a notice of appeal can be timely filed), do not hesitate to contact us a 727-312-3748 or BRR@BetterCallBrendan.com.

GUARDIANSHIPS, DEPENDENCY, SPECIAL NEEDS - THE OTHER SIDES OF FAMILY LAW