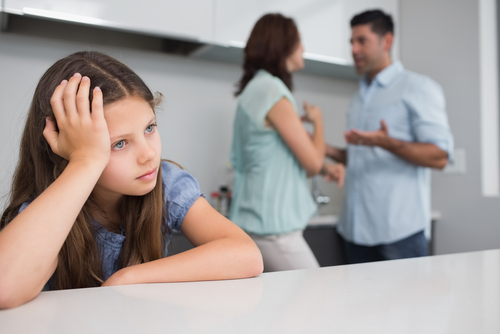 Even the most intractable of problems can be resolved by various parenting plan/timesharing templates already devised by the Florida courts. These can be refined by the parties, but the outlines already exist. All that remains is for the parties and their attorneys to determine what issues exist, and what format best serves the needs of the children and the living arrangements of the parents.

Long-Distance Timesharing. Florida courts have a strong preference for 50/50 timesharing or something close whenever possible; but if one party lives more than 50 miles away (or outside a reasonable commute), or outside the state, then a long-distance plan is the only option. In a long-distance plan, the child or children will live during the school year with one parent, and then spend summers, and generally winter holidays, with the other parent. FaceTime, Skype, and phone calls are required.

Supervised or Restricted Timesharing. In cases where there are allegations of abuse, criminal behaviour, or other issues which would negatively impact the child, one party may request supervised timesharing. Supervised timesharing may be carried out at a supervisory facility, or under the monitoring of an approved individual. Restricted timesharing may involve visitation being done at specific locations, or under certain conditions (such as only during the day, or not at the parent’s home). Courts generally want a specific result from supervised or restricted timesharing, and will not order it unless there are clear and convincing grounds for such restrictions.

Rehabilitative Timesharing. Also called therapeutic or restorative timesharing, this type of visitation is ordered when a parent has become estranged from a child or has been absent from the child’s life for some reason, such as incarceration, illness, or foster placement. The court will order the estranged parent to be reunited with the child under conditions similar to supervised visitation, but usually with a therapist or counsellor to facilitate reunification.

The goal of all of these types of modified timesharing is to bring and keep the child or children in contact with the parent in the least restrictive environment possible, while keeping all parties as safe and secure as reasonably feasible. As much as possible, the final goal is for the child to be able to live with both parents equally, without interference from the courts, and without oversight from any agency.

The goal of an interested attorney in these proceedings is to smooth the path of the parent client and to keep their interaction with the court and the other party to a minimum, and to minimize the friction that seems to result when parents collide in court. Parents should consider hiring a competent pilot to steer their ship through the waters of court and avoid any icebergs in advance.

THE SIMPLIFIED DIVORCE: DO WE REALLY NEED A LAWYER?
GUARDIANSHIPS, DEPENDENCY, SPECIAL NEEDS - THE OTHER SIDES OF FAMILY LAW