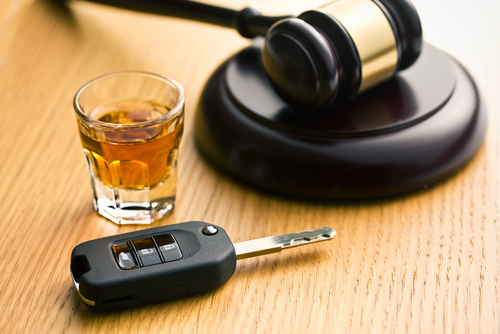 In a Driving Under the Influence case in New Port Richey, Pasco County, Florida in which Brendan R. Riley represented the defendant driver, the driver was charged with two separate counts of DUIs with property damage; the driver had hit two separate cars a few minutes apart. This is not double jeopardy, as there are additional facts to the second DUI with property damage that occurred on the same night (two separate alleged victims). For this case, the driver provided a breath sample over .20 BAC, was seen driving by the people he had rear ended and appeared impaired on the body worn cameras (among other negative facts for his defense).

Hence, a disposition of first time DUI sanctions with no jail time was a reasonable outcome for this driver.  Restitution was not an issue for this client because his insurance paid for the property damages. Thankfully, no one was injured by the low-impact crashes.

However, while on probation, the driver left a bar and while riding his bicycle was hit by a car. Although it was just a tap and the client was not injured, a third party called the police. The client, while waiting on State Road 54 for over two (2) hours for the Florida Highway Patrol to come do a crash investigation (and DUI investigation) was arrested for DUI. This new DUI, drinking while on probation and having been in a bar (which were all conditions of the client’s probation) that he was alleged to have violated.

The backstory or social and medical history of my client became very important in keeping him out of jail. Most judges will place a defendant in jail who gets a DUI while on DUI probation (the State’s initial offer in this case included 180 days in jail). But because we were able to show the state attorney’s office and Judge that the client had no prior criminal history, that he relapsed on alcohol as a result of losing his father and that he did not manage grief well because of the PTSD from which he suffers as a result of being hit by a car as a pedestrian when he was sober, we were successful in getting the Court to place our client into detox and residential treatment rather than jail. Our client wanted treatment, and, of course, he did not want to go to jail. Jail could also mean losing his social security disability benefits.

There is no DUI case that is the same. Every fact from the alleged offense, the stop, the driver’s medications (involuntary intoxication?), any failures in the investigation (including field sobriety exams – FSEs), the breath test machine, the breath test result, whether that was material impairment of the driver’s normal faculties, among other things that must be evaluated by a competent attorney in the area of DUI law.

If you have any questions about a DUI, please do not hesitate to contact us at 727-312-3748 or BRR@BetterCallBrendan.com.