MARITAL PROPERTY – WHAT IT IS, WHO WANTS IT, WHO GETS IT. 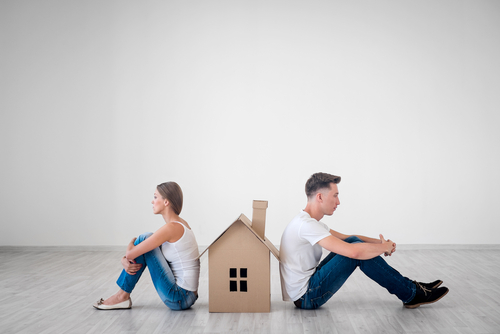 Everyone knows that when a couple gets divorced, the first thing that happens is they divide up the property. But what is that? What qualifies as “marital property” and what doesn’t? How is it divided fairly? And what happens if one party wants something, and the other one doesn’t want to give it up?

Some types of property are exempt from division, even if acquired during the marriage. A gift from one person to another person, unless specifically given to both spouses, is presumed to be given only to the one it was given to.( Wright v. Wright, 505 So. 2d 699 (Fla. 5th DCA 1987) A birthday present given to Mary is by Aunt Mabel is Mary’s, no matter what it is. Gifts to and from the other spouse, which become points of tremendous conflict during divorces, are also presumed to be given to that spouse, and not to the “community”. In the same way, an inheritance (a “bequest” or “devise”) goes only to the person to whom it was given. If John inherits a billion-dollar oil field from his mysterious uncle in Dubai, Mary doesn’t get a drop when they divorce. (Florida State Statute section 61.075(6)(b)

Settlements and judgments are an unusual animal. They can be part of the marital property; but if they involve only one person, they may not be. A personal injury settlement belongs only to the person injured. A settlement that predates the marriage, that was not paid until after the marriage, probably belongs to the spouse.

What if, like Daffy Duck, a spouse wants to keep something to herself, that most definitely belongs to the marital property? This happens often, and is easily remedied—if the other spouse doesn’t mind cooperating. (That doesn’t always happen)

Since Florida is an equitable property state, the only requirement is that everyone come out mostly even at the end. If the split is essentially equivalent, it need not necessarily be equal. So if Mary is refusing to give up the antique pool table she and John refinished, John can be given an equivalent value of antique goods from the house, or Mary can pay him the value of the pool table. If both of them must have the pool table, of course, then a judge will have to decide. (Gilliard v. Gilliard, 162 So. 3d 1147 (Fla. 5th DCA 2015). Normally, personal property is considered “de minimis,” or too small in value to count in division of property, but if it does have value, it becomes part of the property that must be equitably divided.

What You Can Do With Your Stuff

The best thing, of course, is never to get divorced; but this not always an option. Next best is to have reasoned, mature discussions about what things belong to whom, long before it becomes necessary to see the divorce lawyer. Sadly, that’s not always possible either.

Finally, the sensible thing to do is see an attorney who can help both of you come to a reasonable division of your marital property. A good family law attorney will work with you and your spouse, and your spouse’s attorney, to make sure both of you receive your fair share of one half of a lifetime.